David Mann spoke with RICS to share his experience of being an openly gay man in an industry that traditionally was thought of as homophobic. According to David ‘it was often thought that there were no LGBTQ+ professionals within the industry!’. Looking back at almost a decade of Freehold, a member organisation for LGBTQ+ professionals in Real Estate, he remembers a time he and a property lawyer met for a business lunch, and then crossed paths the following weekend in Clapham High Street with their respective male partners. They both realised that there was no forum for LGBTQ+ professionals to meet, and so Freehold was born.

Freehold enabled LGBTQ+ professionals to meet in a safe space for the first time and rapidly membership increased in size; so much so the requirement for larger meetings rooms became apparent. At first, members were reluctant to share their details, some preferring contact by text message, afraid to let their employers know that they were gay as they believed (at the time) this would be career limiting or worse.

David says that Freehold did receive support from RICS and other organisations – yet some employers were reluctant to get involved on the basis that ‘we don’t have gay employees’ or that ‘they were inclusive enough’.

RICS, however, hosted their first event for Freehold in 2015 with Louise Brook-Smith, the first female President of RICS, taking the helm. David recalls this as ‘symbolic’. Louise formally welcomed all LGBTQ+ RICS Members in her keynote speech and many were moved to tears at ‘finally feeling accepted’.

Now the group has around 1300 members and numerous other sector or profession specific, regional or internal corporate networks have been set up, such as Planning Out and Building Equality.

Freehold has come a long way in those 10 years, and we’re delighted that David will be hosting a session on LGBTQ+ inclusivity in the workplace on 27th November at the RICS Matrics Young Surveyor of the Year Awards.

There has been an incredible step change in that the lack of diversity within the profession is now recognised as a significant problem and can no longer be tolerated but changing that is a little like changing the direction of an oil tanker. It is easy to get frustrated that change is not happening quicker, but it will take a generation or two, but we are now firmly on that journey with almost unanimous support.

The fact that I can now be openly gay and be myself has been both liberating and life changing. There are so many great diverse role models within our industry to inspire the next generation and prove that our profession is welcoming to all. I am very proud of how the industry has reacted with some phenomenal allies that are working hard to quicken the pace of change.

Successful modern businesses have a flatter structure and a focus on being more socially responsible and this is being led by many of our clients. We need to reflect and respect the communities we serve. There is more to do, and it has taken some time for many Executive Management Teams to see the benefits of increasing diversity of all types around the boardroom table and within its workforce.

Just looking at my own business, TFT, our offices look such a different place to just a few years ago, not only in new agile ways of working, supporting wellbeing and mental health but also the mix of people. As predominately Building Surveyors, we struggle with diversity in that we reflect the pool of talent available which is still predominately white and male. Thankfully by diversifying by adding new services like sustainability, we have become far more diverse and inclusive.

We have got to get into schools and promote our professions regardless of D&I, especially socioeconomic.

Needs to be led by RICS but we must accept they are limited by resources and many other priorities, especially now, so need to partner with larger firms and the D&I networks.

We can never be complacent especially in challenging times when businesses, by necessity, must go into survival mode but a diverse workforce is a stronger and harder working workforce.

There are still Countries with RICS members in them were being gay is illegal and can even result in death. We need to seek to change these regimes and support the individuals being repressed. I hope the new RICS Code of Conduct goes further in providing this support.

During these unprecedented times we all need to be a little kinder to each other regardless of our differences. 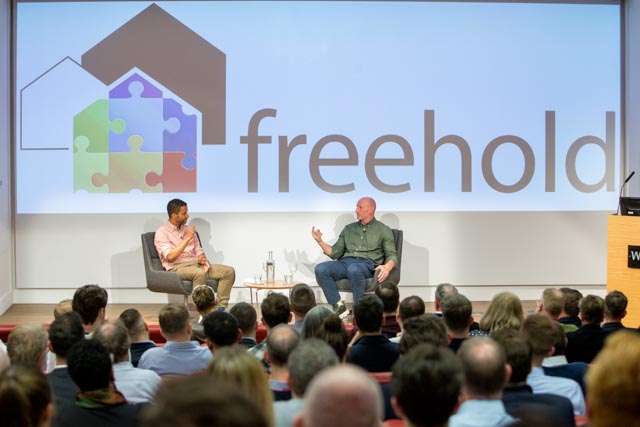 ‘Can we even name ten openly gay professional sportspeople?’